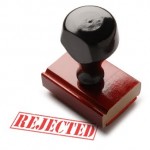 By Cherish The Scientist on November 3, 2011

As you may have noticed, we have a new addition to our writing staff at Engineer Blogs.  Miss MSE joined us as a guest contributor. What you might not have noticed is, with Miss MSE’s arrival and Paul Clarke’s departure, Engineer Blogs’ active writing staff is now 2/3 women. I’m a bit surprised by that given the usual ratio of men to women in engineering. I have a few theories why, aside from the obvious one that the male writers keep leaving.  However, one underlying issue that is likely related is that engineers just don’t seem to like to write. This one puzzles me.  Is it because engineering is a male-dominated field, and young boys are given the message early in life that they are bad writers?  Does this make them not want to try?  Or is it that they really ARE bad writers and realize the effort is futile? […] 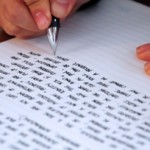 When writing takes a backseat

I’ve been thinking about writing lately, particularly the skill involved and various writing styles and approaches to writing. It’s been talked about here on Engineer Blogs before. GEARS has talked about writing for labs and his particular preferences for the ritual of writing as well as writing proposals. And I’ve talked about technical writing before. But I’m thinking today about more basic writing skills. As in natural spelling and grammar spells (which you know of course means I’ve just doomed myself to those sorts of mistakes in this post). How important are those kinds of skills to an engineer? I’ve seen plenty of engineers who lack these basic skills. Their handwritten notes often misspell the same word in several different ways within just a few sentences of one another. Their word documents often include homonyms and disjointed sentence fragments as well as run-on paragraphs. Beyond these basics there also tends to be […]

Ok, I promise this is my last post on writing (at least for a while). Between writing three papers (still out for review) and two proposals over the last few months, I was looking forward to setting up my lab and working on lecture prep for my fall Lab/Project course. Now, granted, most of the writing I’m doing right now involves me and my arch-rival (Word). And when I’m blinded by white-hot rage with the stupid quirks of Word, I need to switch to a different topic. Lately, that involves brainstorming for new topics to research or flushing out ideas that started on the back of a napkin. While I’d love to share some ideas with the masses, that’s probably not the most prudent choice. Rather, I thought I would talk about penning my ideas in my lab note book (see what I did there?). I’m pretty much a scribble […]