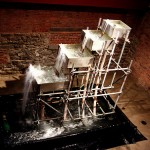 Weekend Journal — The Other Direction of Trickle Down Techonomics

A few weeks ago I wrote about Trickle Down Technonomics, or more simply: how large investments in prior research can and do still affect us in the modern day. Since then, an article from the author of a forthcoming book on Bell Labs wrote an intriguing piece in the New York Times. I highly recommend checking it out. And while I haven’t changed my mind about the necessity of high-level research and investment, there was a glaring problem with the last post and my focus on high level: it’s not realistic these days. I’m not sure about the socio-political feed-ins that allowed raw research investment back then, aside from the specific example of AT&T’s glaring monopoly in the case of Bell Labs. What I do know is that research for the sake of research in a for-profit company seems to makes people (managers) more squeamish these days. Perhaps it was […] 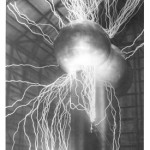 It’s All About The Flux

My favourite engineering class in university literally brings me back decades, to the second semester of my freshman year. The class — Electricity and Magnetism (E&M) — brought fear into the hearts of students. We knew this was the one class in Year 1 that would separate the would-be engineers from the pretenders. At least it would until Year 2 filtered out some more. The class was offered under the Department of Electrical and Computer Engineering, which meant not only did EEs have to take this class, those in computer engineering had to take it as well. We were taught by an accented old Dutch professor, whom our class would be his last before retirement. The CE class was taught by an accented young Chinese professor, an expert in photonics. In the hallways and school libraries, we’d often hear complaints of E&M from the CE class. In contrast, rarely anyone […]