The US supreme court recently struck a blow to biological and pharmaceutical industries.  They shot down a patent (and probably several others that use similar technology) on measuring a metabolite as a diagnostic procedure.  In other words, even if someone came up with the idea to measure a particular naturally generated substance as a way to diagnose an illness or dose a medication, it’s not patentable. The article in the Chronicle of Higher Education states: Patent claims that merely describe natural phenomena are not patent-eligible, the court said, and the diagnostic procedure outlined in the patents at stake in the case “adds nothing to the laws of nature that is not already present when the steps are considered separately.” It makes sense why this would be problematic in medicine, a field that is facing rising costs.  If tests require patents to be administered, this significantly increases the cost and means […]

There has been some discussion on patents before here on EB – how you need to have not just an idea, but also proof-of-concept, a physical prototype, and manufacturing process in mind to apply for a patent. How sometimes you need to have a patent to start your company, and sometimes they are worthless to you, and sometimes they are just a roadblock in your way. But sometimes it’s not the patents on YOUR idea that you are worried about. What happens if you have a brilliant, light-bulb-flash idea, and somebody ELSE seems to have patented it? Bugger! What can you do? That’s the situation I’ve been in this week. I’ve been poring over a ridiculous number of patents (okay, maybe not ridiculous, but 32 – that’s enough to make my brain hurt) to see if what I want to do is going to infringe anybody else’s patent. Here’s some of the things that you […] 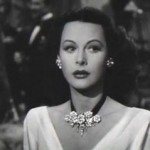 By Cherish The Scientist on February 4, 2011

Yesterday was what I would consider bitterly cold on the high plains.  The actual air temperature was around -15°F.  I have no idea what the windchill was: I don’t bother checking because it’s usually bad and only makes me feel worse.  Despite that, I tucked my lab notebook under my arm along with a mess of paperwork and trekked to the part of campus (i.e. the next building over, which is a long way in the cold) that deals with intellectual property issues. Those of you who read my blog may remember me talking about some easy funding I got for an idea.  The idea involved developing a special widget, and my supervisor thought it was an *ahem* novel idea.  He was hoping the widget might be patentable.  Granted, I may not be Hedy Lamarr, who patented the secret communication device below, but one can always hope that all this excess […]