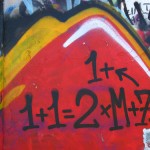 Some time ago while stumbling around online I came across a rather interesting essay about the state of mathematical education. Entitled A Mathematician’s Lament, it was written back in 2002 by Paul Lockhart who argues that there is next to no real math being taught at the K-12 level. His essay calls for a radical reform of the educational system to change the way the public perceives mathematics. Years later in 2009 Lockhart expanded the original 25 page essay into a 140 page book which is currently for sale. I find Lockhart’s essay to be thought provoking and though I agree with him on a few of his overall points, I take issue with a decent portion of his argument. In what’s to become a three part series I will discuss Lament and include my own objections to Lockhart’s argument.  A Mathematician’s Lament opens with the hypothetical world wherein which […]