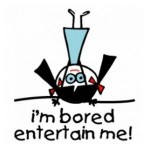 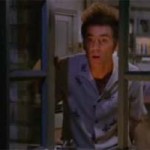 WTF #9: Master of My Domain

For readers who are old enough to remember Seinfeld, one of the most brilliant episodes was The Contest where the phrase “master of my domain” entered popular culture. And the only similarity between that Seinfeld episode and this episode of What The Flux is that catchphrase. Master of my domain — that’s what it has been for the past decade and a half as a working engineer. I like to think that I know my domain pretty well — analog integrated circuit design. I also like to think that I’ve been a fairly decent engineer, that I’ve progressed and matured, and that I’ve mastered the challenges presented to me over the years. Still, in the last little while, things started to get routine, a bit boring. I felt restless, and that restlessness caused me to consider other career trajectories, perhaps even a jump over to *gasp* management. Eventually, I did […]

During the course of selling your soul for pieces of silver, there may come a time when the powers that be request that you sell out just a little more of yourself. Yes, they give you underlings. Soon, you will discover that all the skill and pride that you’ve carefully nurtured over the past many years will vanish in mere months. Where once you took pride in your ingenious cleverness, now you take care of babysitting disgruntled ex-peers who look upon you as an obstacle to their inventive genius. The complex computer modeling of the nano-world is replaced by Gantt charts and bar graphs. You start attending meetings, lots of them. Meetings with the boss. Meetings with your peers. Meetings with underlings. Food starts to taste funny; the flatulent co-worker seems to smell less; staring at the sun directly is no longer a problem; underling complaints seem to sound like […]