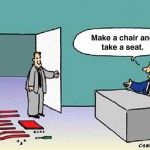 It’s interesting to hear about the hiring process, both from the perspective of the potential employer as well as employee.  Recently, one person I know has been interviewing for engineering jobs and giving me detailed accounts of the experience.  He particularly contrasted two experiences. One job called right away, flew him out for an interview after a quick phone interview, and offered him a position within a week.  Another job waited several weeks before calling him; vetted out references; went through phone, in-person, and then another phone interview; and finally sent questionaires to several references. Obviously the second process was far more stressful than the first.  However, I was surprised at the response from my colleague when all was said and done: he said that he felt like the second company really wanted him, while the first was looking for a warm body.  It worked out well, as he […] 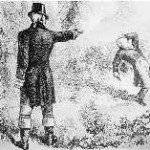 Last week I had my first ever technical interview in my field. I was told ahead of time to bring “all my textbooks” and a paper and pencil. For better or for worse, the interview was to be on the phone. Since most of my core engineering class books are boxed up in the storage room behind the garage I lovingly refer to as spidersville I grabbed my Fundamentals of Engineering Exam reference book instead feeling this would have many of the basic equations. I tried to prepare beforehand by looking stuff up but found there’s not a lot of information online for mechanical engineers and technical interviews. So I figured the least I could do was keep notes about what I was asked and post it here later to give somebody else the heads up. Though I suppose this is the point where some pre-internet engineer whines about how […]