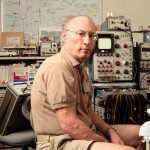 On Being An Expert

Jim Williams died a few days ago. Jim was an applications engineer for Linear Technology, a chip manufacturer that makes analog components.  He was one of my favorite authors and engineers and someone I really looked up to. I loved reading his books and application notes, and I believe his leaving this world is a great loss for everyone. However, in examining what I know of his life, I feel I can learn a few things. First off, to call Jim anything less than an analog electronics expert would do his memory injustice. His clarity in writing and his ability to piece together clever circuits to show the capabilities of a new LT chip was unbelievable. And the reason he was able to so adeptly create circuits is his years of dedication to his craft. Not only was his job working with circuits, his pastime was repairing old analog Tektronix oscilloscopes. This […] 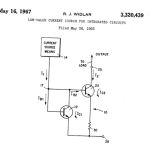 I wrote about my favorite class 2 weeks back; I talked about my favorite teacher/boss, who really influenced my engineering career and taught me some important skills. Today, I look at the flip side. I look at a class that really really was no good. However, it was the exact same reason: the teacher. At first, I was going to mention a math class, similar to Cherish’s post about how she nearly dropped engineering entirely. I completely associate with that. My calculus 3 teacher was a nightmare. However, it was still topped. No, the class I took was surprisingly analog circuits. Yup, analog circuits, the thing I do on a daily basis. Except not quite. This class was instead chip level analog circuits, as opposed to board level. I’ve made this distinction on Fluxor’s blog and my own before. I work with packaged chips, designing systems. Fluxor designs low level […] 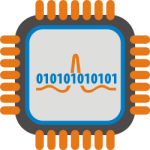 …or is it? Back when I was in university, when I was naive and skinny, when fresh hopes and dreams still sprouted from my fountain of cluelessness, when nubile bodies walked the same halls, I was unfortunate enough to have signed on to electrical engineering where the ratio of nubile bodies to geeky guys was 0.017 (not a made up number). It was also a time when the high tech industry was riding a humongous crest upwards. The first web browser was just released. Everyone was talking about media convergence and the new brave digital world. Upon graduation, my classmates went left and right into digital design. For me, I enrolled in a masters program researching … analog design. My sanity was questioned by family. My friends wondered if I will be one of those taxi-driving master degree engineers not unlike the fate of so many new immigrants. Many moons […]

Last week, I wrote about an interview with a disappointing candidate that was applying for a analog IC design position with FluxCorp. Although he wasn’t able to answer many questions regarding his own past designs (or alleged designs), I still thought it necessary to give him a chance by moving to more basic questions, like the transistor. In my opinion, these questions are not difficult. If one bothers to prepare for an interview like this by flipping through some old text books, these questions should be a breeze. Unfortunately, the candidate (let’s call him Mr. Flop) in question failed horribly, which illustrates a few things. First, he doesn’t know how to prepare for an interview. Second, he has not internalized undergrad material in his brain so that he can claim to be qualified to be an analog IC designer. Third, he grossly overstated his abilities on his resume. And I’m […]