Sam Feller is a mechanical engineer living and working in the Boston area. He enjoys sharing stories and his particular sense of humor at the Awkward Engineer. 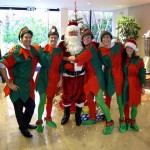 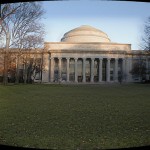 The Future of Education

The Overiew I recently signed up for 6.002: Circuits and Electronics, an introductory level course and the first course available from MITx, MIT’s free, online school. Unlike MIT’s Open Course Ware, which has an incomplete selection of videotaped classroom lectures (some courses are more complete than others) and assorted problem sets, the MITx course has been designed from the ground up to be completed online. Each “week” of class has two lecture sequences, a homework set, and a lab. The lecture sequences each take about an hour and a half to complete, and are broken up into 2-5 minute segments. Some segments feature virtual chalkboard sessions, others feature clips from actual classroom demonstrations. Occasionally, the professor will ask you to solve a simple problem in the middle of class to reinforce a point. The video segments then switch to an untimed online mini-quiz. The student answers in a text field and get […] 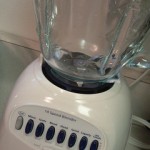 Topics In Engineering And Outsourcing That Scare Me

When I was job hunting a few months ago, I decided I was less interested in aerospace/defense and more interested in working in consumer product development. I was particularly interested in working at a consulting firm, because the variety of work appealed to me. The thought of working on a single product line for years on end…did not have much appeal. At many of the product design and consulting firms where I interviewed, I encountered a disturbing trend. I had been peripherally aware of it, but finally encountered face to face: Not many consumer products are engineered in the United States. At one firm, for example, I saw a design for a new model blender. The firm had handled the industrial design, essentially designing the appearance of the blender, it’s contours and colors and the shape and number of it’s knobs. A factory in China, they told me, would do […] 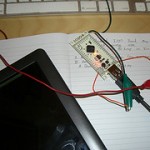 Ytai Ben-Tsvi is the creative mind behind the IOIO (pronounced “yo-yo”). It is a hobby development board similar to the Arduino, but designed specifically to attach hobby peripherals to an Android phone through the USB port. I recently had a chance to interview him. What is the story behind the IOIO board and what has been your involvement thus far? In the summer of 2010 I was in California on a business trip (I was living in Israel then). A colleague of mine was telling me about the cellbots.com project that he was involved with. They were building little hobby robots based around Android phones. He was unhappy about the hacky ways they were using to connect the phone to motors and asked me whether I have an idea to fix this. After a couple of days, I thought I found a solution and that’s how IOIO was born. Another thing that makes it […] 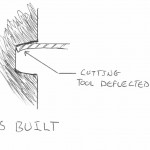 CAD modeling, virtual prototyping, and 3-d printing all have their place; but at the end of the day, You Still Need to Build Real Hardware. In this post, I’ll share a few examples of my own hard won knowledge that no book or classroom lecture ever covered. The real lessons of the day came from some time in the shop with experienced and very talented machinists. I was doing work designing a socket drive to connect a steel shafted motor to an aluminum component. The socket and motor were both modeled in CAD, tolerance stackups were taken into account, and we had something like a .0025″ clearance between the walls of the socket and the drive shaft. The parts came from the machine shop, and like a little kid on Christmas, I tore open the packaging and started putting parts together. We put the mechanism (and associated motor) through it’s paces and […] 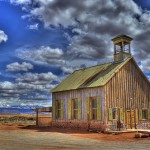 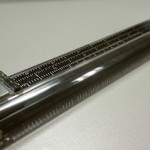 At my old job, when one of the engineers retired, he would ceremonially dump everything they had in their office onto a table in the hallway for the rest of us to pick over like vultures.  The coolest thing I ever found was something called a Gerber Variable Scale. The variable scale is a stretchable spring with markings at regular intervals. When you stretch the spring, the markings change size. The tool is made for transferring markings off graphs without well laid out axes. You can also draw neatly delineated tick marks with it as well, at any size you want! Pretty cool! In the picture below the spring for the scale is compressed all the way.  The little disks are numbers, but most of them seem to have fallen off over the years. In this picture though, the little silver colored block (the slider) has been moved all the […] 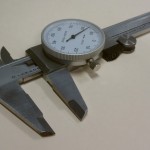 I’m a mechanical engineer. I love mechanical things. My parents gave me lots of Legos to play with as a child and I suppose I never entirely grew out of them. If I had to say what the favorite part of my job is, I’d probably say it’s when parts come in the mail. I mean, it’s like Christmas. Stuff shows up on your desk in a nice box and you get to rip it open and play with what’s inside. How awesome is that? After parts arrive though, there are still the tools to play with. Here are some of the coolest tools out there that I think every mechanical engineer should have. Calipers The first time I played with a pair of calipers, I was maybe 9 years old and following my dad around to a space satellite fabrication facility. An engineer picked a pair of calipers up […] 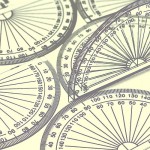