I'm a graduate student in materials science and engineering at a large research university I call GiantU. My undergraduate degree was at a much smaller, snowier school called SnowTech. My husband is a mechanical engineer who I met at SnowTech who is finally happily employed out in industry to counteract my academic tendencies. 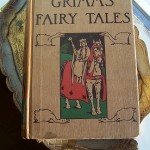 This week, several of my lab mates are off to a large conference. In my field, conferences almost universally entail a talk of some sort, usually 10 or 15 minutes with Powerpoint slides. For most young presenters, this time limit is a huge challenge, because they are fixated on showing all of the details to validate their results. Their slides are busy, without too much information for anyone to parse in the 60 seconds they have that slide up. Consequently, they rush through a lot of material, leaving their audience unsure of what they just heard. The advice I was given by my first research advisor was to tell a story, focus on what the moral of the story is, and only give the details needed to lead the audience where you want them to go. Some of the best presentations I’ve seen have slides with a single well-designed graph. […] 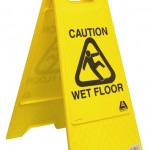 We’ve talked before about the effect of office space on getting work done, motivation, and having somewhere to tinker. But what about the facilities and staff support element of getting your job done? By facilities, I mean both the equipment you need to do the job (microscopes, CNC mills, 3-D printer, furnaces, or what not) and the space in which you do the work. In an academic environment, there’s often a dedicated staff member to help with training and maintenance on the bigger , shared pieces of equipment, like electron microscopes. My university has some fantastic facilities and support in this respect. I can’t say enough about how wonderful these staff members have been. The equipment I have access to is cutting edge, and well-maintained.  However, the spaces themselves are a different story. My group’s optical lab suffered a major loss last week when a faulty valve in the ceiling dumped water in […]

This semester, I’m working with an undergraduate on research, and we’ve had some interesting discussions about preparing for the academic track instead of an industrial path. My graduate institution is a very research-oriented school, and encourages students to follow the academic path. Undergraduate courses are very theoretical, and their senior capstone experience is a small research project. Most students are expected to participate in a research project at some point besides the capstone project. My undergraduate instution was almost exactly the opposite, expecting the majority of students to find jobs in industry after graduation. Students are encouraged to take internships, and the senior capstone project is done as an industrial partnership. Materials science and engineering, courtesy of the “and”, tends to have a much larger research component than other engineering fields, so it’s not so absurd for a department to expect most of their students to go to grad school. However, […] 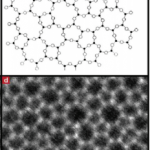 Earlier this week, I tweeted about a new paper where an ultrathin (~3 atomic layers) silica glass film was grown on graphene. The group was attempting to study graphene grown on copper-coated quartz, but an air leak changed the reaction conditions, and ended up with pretty cool results. While it’s an impressive result in it’s own right, the structure was predicted in 1932, and it’s amazing how much they look alike. My original reaction to this paper was to geek out over how well theory predicted the results, but the more I thought about it, the more I realized that the most impressive part was the fact the authors could create the image of the material in the first place. The imaging technology depends on engineers. The bottom image above was taken using annular dark field scanning transmission microscopy, which requires some very complicated and very precise equipment. The STEM used in […] 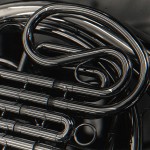 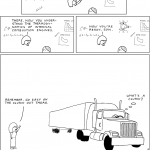 As I’m still getting over a rather nasty cold, I’ve spent more time than usual poking aimlessly around the internet. One of the things I do on vacation or while sick is try and catch up on the various webcomics I like. Here are a few of my favorites that relate to science and/or engineering. Angela Melick is a Canadian sustainability engineer, and responsible for the beautiful and funny comic Wasted Talent. She covers many aspects of life as an engineering student/early career engineer with great humor, from getting your P.Eng certification to the personalities of engineers to excessive acronym usage. Being Canadian, there are also hockey jokes. Randall Munroe’s incredibly popular xkcd covers physics and computer science  with occasional engineering references (just one more…). While he’s now a professional webcomic artist, he used to work for NASA as a roboticist. The art is minimalist, instead relying on wit and humor. Be sure to read […] 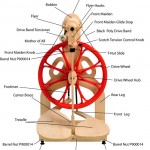 Recruiting Humanities Majors to IT Jobs

Recently, Inside Higher Ed had an article about humanities majors being hired into IT positions. The comment section was immediately contentious, but this is the internet, after all. The argument was between two factions: IT professionals complaining it demeans them, and humanities people claiming the IT people are snobs. I’ve been thinking about this for awhile. My parents are both computer programmers, with my mom having worked as a manager for many years. She’s one of the few among IT professionals her age who actually majored in computer science. Most of her coworkers are English majors, or history majors, who made a career change at some point. Why not have that point be very early? The other issue I have with the commenters is that not all IT jobs are the same. Yes, I want the person setting up my database to have a strong technical background. But systems and software change constantly. Even […]

All Engineers Should Know…

It’s finals time here, marking the end of my first semester as a TA, and it’s been an enlightening experience. I’ve discussed some of the gaps between what I expect junior-level engineering students to be familiar with, what the curriculum tells me they should be familiar with, and what they actually have learned over at my own blog. One of the biggest challenges for me has been the differences between how my undergraduate education was organized, and how things are set up at my current university. In my undergraduate experience, we were generally taking major-specific courses in our second year. I remember getting design problems and more open-ended questions my junior year, because we already had a decent background to build from. Here, students are discouraged from declaring a major within engineering until the end of their second year, instead taking courses in general engineering and humanities. In some respects, I like this approach, […] 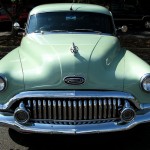 How many of you have had this conversation? “I remember my grandma’s old Buick. That thing was built like a tank. You could hit a tree and barely leave a dent and drive away.  These new cars just fall to pieces.” In my case, I usually hear this from my father-in-law, when defending his own elderly Buick ownership. And to some degree, he is correct. Newer cars can be totaled at lower speeds, but it is on purpose. For the 50th anniversary of the creation of the Insurance Institute for Highway Safety, they staged a test to demonstrate how much car crashes have changed in that time (Warning: a very lovely car was destroyed to make this point). Insurance Institue for Highway Safety Photoshoot from Billy Hunt on Vimeo. Watching the video, your nostalgic friend/relative seems right about those old cars. The Bel Air comes out of the collision looking much […]