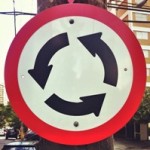 This week at Engineer Blogs we’re talking about your role as an engineer as your company changes over time. I’m lucky enough to work for a company that has a well established and successful product. We also have lots of specialized support departments that attempt to make the engineer’s life a little easier. But on the other hand we are still rapidly growing. The company has more than doubled in size in my tenure. I’ve talked before about the conflicts between doing the technical work or doing project management work. A company with a reputation and a good administrative staff can be a huge boon to an engineer but if you are growing you need to be careful you don’t rest on your laurels either. (Street sign photo credit) When I had to return something in my personal life and stopped by the local post office I realized how spoiled […] 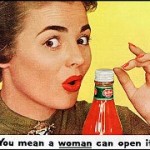 I’ve been on some extensive travel lately and as Chris Gammell related travelling for engineering is no easy task. Making sure you have all your necessary test equipment and access to all the resources you might need involves a lot of planning. But sometimes things just don’t work out in your favor. I’ve talked about testing to failure before. However, plenty of times when you are not anticipating failure it happens anyways: Murphy strikes again. The problem is in dealing with your failure. Very often it’s unclear whether you caused a component to fail or whether you had a bad component to begin with. Miss MSE just talked about how engineers need to be good storytellers. Unfortunately there’s very often no good story to tell. If it was your equipment that caused the failure (but you can’t figure out how) that sort of implies you’re due for future failure. Or […] 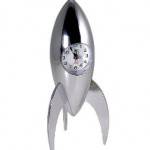 How good we engineers have it

You may think we here at Engineer Blogs are “glass half empty” folks when it comes to employment and salary expectations for engineers (though really, the glass was poorly designed with too much capacity).  I’ve talked about the overhyped STEM recruitment here before. It’s no secret I don’t believe in an engineering or STEM shortage. I’ve looked at engineering employment over time and it doesn’t seem to indicate  any increasing demand or a salary increase based on a higher market value for engineering professionals (unless you’re a software engineer). Cherish just wrote last week about engineering being a common background for CEOs. One of our commenters asked whether engineers need really be concerned with having more options beyond the engineering job. As a former non-engineer in the workforce, I can certainly sympathize with this perception. It does seem like an engineering degree is much more the key to a job and […] 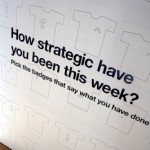 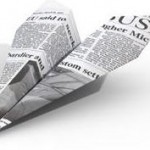 No one person’s engineering job is like someone else’s. I know many of the electrical engineers in this community spend a lot of time in their labs or at the bench. Being an engineer seems to be its own batch of challenges and opportunities but many aspects of the job wax and wane between a more hands on technician role or a very hands off project lead role. Despite working at a large company my role can be confusing at times. One would think with plenty of qualified technicians to work on the bench, and plenty more qualified programs and management folks to support the paperwork and planning side, that an engineer would get a nice rounded role. As in, maybe we could actually do our job. But so often you’re pulled into going to Home Depot to pick up that set of hardware that your multi-billion dollar business just […] 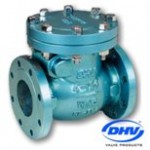 Failure is not always a bad thing. Sometimes it’s exactly what you want. You might start with one component that’s been well tested with the existing system. It can be a simple clamp or a complicated swing valve (like the one pictured from DHV Industries). You probably tested it out when it was originally implemented and proved you had plenty of safety margin. But now your system has changed. Maybe you’re sending your system into freezing winter temperatures or hot, arid deserts. Maybe you’ve got a more powerful compressor that generates much higher pressures than you’d been dealing with before. So how do you test that component? Most standards would suggest you take your max operating conditions and increase the magnitude by 50% and test at those conditions. That proof test would verify your equipment can operate safely at your max conditions giving you a 1.5 safety margin. But in […] 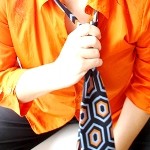 How to Succeed at Your Engineering Internship

It’s the off season for hiring interns but it’s probably the right season to start thinking about your future internship for this summer or the next if you are an engineering student. Dressing appropriately is only part of the battle (and I love the tie from Sandra Lara via creative commons). Many of the suggestions might apply to many other industries as well. So I apologize if they’re a bit generic but as I’ve worked with a couple crops of interns so far I thought I’d offer some ideas from my perspective. Treat everyone with respect. Some interns save their kissing up for the bosses and senior folks only. But that’s real obvious to the other employees. And yes it can seem kind of insincere to be kissing up to everyone all at once. But really people will expect it from you and not hold it against you as long […] 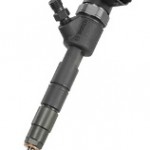 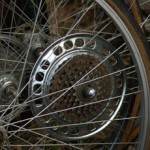 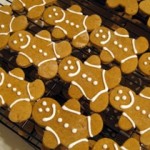 This week at Engineer Blogs we’ve been talking about what we’re thankful for, as are many blogs stateside this week. For many of you the big day is over and for many others this is just the start of a long weekend with family. And no matter how much you love or hate your family, or how big or how small it is, I think a big part of what makes us who we are as engineers is the team that supports us from behind the scenes (gingerbread cookies photo from Rick Waller). I know for me personally I would not have gone on to become an engineer if it wasn’t for the loving and encouraging support of my family and loved ones. For many of you you might have grown up with parents who encouraged your tinkering or just encouraged your intelligence and individuality. Engineering is not an easy […]