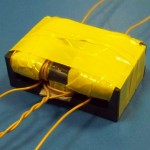 You never quite know when a new idea is going to hit you and you certainly don’t know its impact on a design. Some people spend weeks looking for the perfect design and even longer converting it into a working design. Sometimes, however, a miracle design idea can be found and proven in a working day. This is one of them. While working with a number of other engineers on a lighting ballast design,  we had come up with the idea of driving a street lamp with a constant current and effectively drive in a square wave signal. Existing designs had sine wave signals but could not control the lamp power very well – constant current was the key. This is because the lamp acts a bit like a 100volt zener and parallel inductor that holds no energy. The alternating constant current proved very effective as we could control and […] Training the Next Crop

Crop of engineers that is. I’ve been thinking a lot about senior projects lately. The way my own school works, being not on the semester system, is a 12-13 week program split over a couple terms. About 50% of the projects coming in are from the school itself, research based, and more than likely medical in nature. The other 50% come from industry but the vast majority from the Navy. We have a local facility that is kind of like its own DARPA in creative and research based endeavors. The projects have varied widely. Some were bioengineering based where students were asked to design a machine that would measure a very specific amount of blood to verify another machine was working properly. They ended up with a setup of capillary tubes and using a microscope-camera and labview to measure pixels that once properly calibrated would measure the volume of fluid. […] 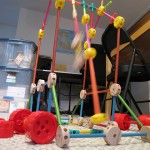 A friend and I were discussing engineering education yesterday. The state of the education system, the constant lamenting of fewer engineers coming out of the US and our own experiences. Of course there are a ton of problems right now. And yes, there are also a lot of potential solutions in place. But out of this discussion came an irrefutible argument and idea: (Most) engineering students need a remedial tinkering class “Hunh? A what? I’ve never heard of that,” you say.  Well, it’s because it doesn’t exist. But it exists for a lot of other subjects. If you weren’t all that great at math in high school, you can usually find a remedial math class to brush up on your algebra. If you’re from out of the country and english is a second language, there are often resources to help bring you up to a level where you’ll have a […]

In my own personal blog, I’ve complained more than once about the zero-bug prototype policy at FluxCorp and the ridiculous design processes that fall out from that. The whole premise was based on an internal study by the managers that showed we engineers spend 25% of our man-hours debugging problems on prototypes. Lots of bar charts, pie charts, tables, and scatter plots, all to convince us stupid engineers that if we could save that 25% in the lab, we’ll have time to design a whole new Flying Flux a year. They try to sell this to us by telling us we won’t be as stressed out if our designs are perfect. If engineers were to simulate more, simulate better, do more dog-and-pony show presentations, all these bugs would just melt away. I guess if I became the dictator of the world, I won’t have to work anymore. Both are fantasy […]

It’s probably time for an update. First, as you may have noticed, we have two guest bloggers: Paul Clarke and Mike Barr.  Paul works in PCB design (and a lot of other things!) and Mike is in embedded systems.  Rumor has it that we have another non-sparky who will be joining us soon. Second, we’d like to say thanks to other bloggers (and Twitterers!) who have posted links to the site.  Both Rich Hoeg at NorthStarNerd.org and The Hermitage have posted great reviews.  Additionally, John Dupuis at Confessions of a Science Librarian has posted not one but TWO posts.  He gave our site an introduction as well as interviewed us. Finally, FrauTech is guest blogging over at Scientopia.  You can check out her first post (The ‘E’ in STEM) here. 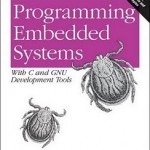 How I Got My Start in Embedded Software (by Michael Barr)

By EngineerBlogs.org Guest on February 14, 2011

This post is by Mike Barr, a guest author at Engineer Blogs and a regular contributor to Netrino.com and Embedded Gurus I don’t really know why I studied Electrical Engineering in college.  I’m not even sure why I chose engineering generally–except that my father and his father had both been (mechanical) engineers. Unlike the majority of engineers I’ve met in my career, the only thing I’d done prior to college that resembled engineering was a bit of BASIC programming on an Apple ][e. I am not a tinkerer by nature. So it should not be too surprising that I reconsidered my choice of EE major about halfway through college. I had been working in a student computer lab and taking some elective Computer Science courses and thus contemplated a switch to CS. But I didn’t want to add semesters to my academic career or the bill, so ultimately decided to […]

The (not so) solid ground beneath my feet

Today, I’m going to step out of my role as an EE and briefly explore the world of geological engineering. I am, after all, working on a degree in geophysics, and throughout my education, I’ve been exposed to the applied side of geology and geophysics a few times. One of the reasons I find this field interesting is because I live in a city on stilts.  Fargo is built on top of sediments of glacial Lake Agassiz, a huge prehistoric lake that formed when glaciers melted after the last ice age.  The glaciers melted from south to north, leaving the path to Hudson Bay blocked by ice and the water without a place to go.  This meant that the lake sat there for thousands of years, giving it plenty of time to lay down a layer of silt well over 100 ft. thick.  The silt is clay that easily absorbs […] 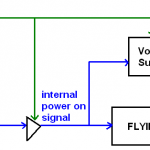 Yesterday, I presented a diagram of a problem circuit and asked if EB readers can spot the problem. Here’s that diagram again: Bill was the first to respond and came up with the correct answer; Chris Zeh of Idle-Logic.com feels my pain; while Paul Clarke, our contributing author, is still giggling like a little girl. Yes, this is a circular dependency problem. The digital buffer (triangle shape) depends on the voltage supply to be up and running to work. But the voltage supply can only be up and running if the digital buffer is working and passing through the power-on signal. So if you want to power on the chip by asserting the power-on signal, that signal can never get through to the rest of the chip because the digital buffer’s voltage supply is not up and running yet. So the chip is dead. The correct wiring diagram should have […] 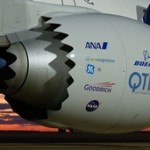 What is it that keeps us awake at night? A new study from the German Aerospace Center on sleep patterns showed that unpredictable noises are the most disturbing to our sleep patterns. Noises like an airplane taking off have a more gradual rise and fall in sound despite lasting longer than the passing of a car. And yet in sleep surveys, people report aircraft noise as disturbing their sleep. The study’s authors speculated this was because a typical sleep cycle lasts 20 minutes and so airplane noise was most likely to be remembered. However what they actually found was car and rail noise interrupted normal sleep patterns. It’s no surprise people would complain about aircraft noise, it’s  a constant nuisance for people who live near military airfields and commercial airports. A lot of work goes into reducing the noise airplanes make. When new airports are built or existing ones are […] 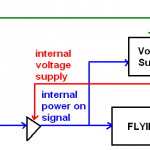 At FluxCorp, I’m on a team of chip designers responsible for creating the Flying Flux. As with any piece of circuitry, it requires a voltage supply. In the case of the Flying Flux, a lot of its circuits run off a voltage supply that comes from an on-chip voltage regulator. Both this on-chip regulator and the Flying Flux can be turned on or off via a single power-on wire. This wire is a digital signal and comes from outside our design. When it comes on-chip, it is first buffered before appearing at both the Flying Flux and the regulator. A diagram of this setup is shown below. Take a look. What’s wrong with this picture? Answers tomorrow.