Meetings are indispensable when you don’t want to do anything.

I like to think that John Kenneth Galbraith was a bit on the cynical side. Still I’ve never been particularly fond of meetings (who is?). Despite trying to learn more about running effective meetings, I’ve lately been developing a list of pet peeves about meetings. Failing to realize that not everyone wants to listen to you hash out details There is nothing more annoying than listening to someone conduct a meeting within a meeting. Honestly, meetings should, for the most part, cover higher level issues on a project, such as progress or difficulties. They are meant to keep everyone on the same page as far as progress goes. They are not a good time to bring up this niggling little issue that’s been giving a person problems but that person failed to ask their coworkers about until they’re sitting down across from them. And double curses on people who carry […]

You are a controller

You hop into the shower. Eee, that’s cold! Your hand flips it up to hot. A few seconds (or minutes, depending on your geographical location and the power of your water heater) later and now it’s omg hot hot hot. Somewhere in there you manage to flip it back to a tolerable level and finish your shower. You are actually acting as a sophisticated controller/feedback system. Your skin is serving as a temperature sensor and feeding back information to your brain that tells you if it’s too hot or too cold. Your hand is serving as the motor that uses signals from your brain to tell you which direction to flip the nozzle in and by how much. Control systems are everywhere. They control everything from the total travel and position of a complicated robot arm in an automotive factory to the flap position of an aileron on an aircraft […] 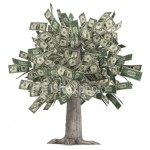 This week’s theme at Engineer Blogs is all about salaries. Chris gave us some excellent big picture view for those starting out in engineering; FrauTech provided insight to the current conditions and future outlook for engineers in the United States; while for Cherish, the temporary-engineer and cash-poor grad student, she isn’t in it for the money. Bless Cherish for still being able to hold on to her ideals. Still, if you’re in engineering for the money, you’re in the wrong industry. But that doesn’t mean that as a practising engineer, one shouldn’t try to milk as much out of your employer as possible. At the very least, one should be able to get paid more than an academic. Given the big picture has already been covered, I will focus my attention on a specific case study and what lessons we can draw from this case. Let me start by saying […]

If there’s anything I’ve gained from corporate America it’s realism and bitterness in abundance. Chris just wrote an excellent post on the expectations for starting salaries in electrical engineering. His curve for how an engineer’s salary might start out comparitively high but then flatten out over time is spot on. Chris gives some good numbers that are fairly reasonable for a mechanical engineer as well. Back before this recession the average graduate with a BS from my institution (which ranks fairly well, but not in the top 10 or anything crazy) was about 55k. Most of these graduates would be taking jobs in high cost metropolitan areas so this might run a bit high compared to other places. And there are several great comments on the post. An old engineer discusses the importance of training in the latest technology and how companies often try to squeeze employees out if they […]

Not in it for the money

When a friend recently found out I was working as an engineer, he said, “I never saw you as the worker bee type.” It was a good assessment of my personality, but not a good assessment of my job. All engineering jobs don’t require one to become a worker bee. Because the theme this week is engineering salary, it’s a good time to talk about what I do and do not expect from a job especially as I hope to go into academia (which, as far as I know, is different from my fellow bloggers here). There is a down side to this career path…or two, rather. The first is the stiff competition for open jobs. (Let’s pretend for a moment that it’s not there.) The second is the pay. As a grad student, I’ve averaged around $20k for an annual salary. That may not sound like a lot, but […]

Time to look at the US Bureau of Labor Statistics Occupational Outlook for engineers in 2010. The Occupational Outlook Handbook usually does a decent job at giving a very brief overview of a position, the number of people employed in the field, and an extremely rough estimate for median wages. They do statistics by metropolitan area as well which made it really unique and useful before salary websites started cropping up everywhere. One thing I don’t like is how the BLS decides to split up different engineering occupations. For instance, there’s aerospace engineer but no automotive engineer. Would someone who changed fields into aerospace consider themselves still a mechanical engineer? How about someone whose field was chemical engineering but got a job in the oil industry as a petroleum engineer? I just think there’s too much overlap in their categories which could make these numbers a little unreliable. But what’s […] 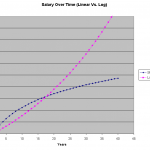 It’s been a few weeks now, but I was advising a few younger friends about starting salaries and thought it’d be interesting to write about. They are entering the work force for the first time. And while there are often career services available at a lot of schools, they often don’t provide the perspectives that other engineers might be able to offer. So yeah…I guess that other perspective is…me! At least one of the many perspectives you can get. You can ask just about anyone. So what do I have to say about it? Only what I know so far. First, you might be surprised at what you’re making when coming out of school. Unless you have a badass co-op or internship while you are in school, you’ll be earning a lot more money than you’d be used to. But here’s the part you might not realize: Your salary might […] 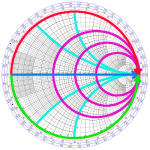 For many electrical engineers, the complex s-plane, where upon the plotting of Laplace transforms take place, is something very familiar. Often, it’s used to plot the poles and zeros of a transfer function, be it open or closed loop. For a feedback amplifier circuit to be stable, for example, the open loop poles must be located on the left half of the s-plane. The s-plane can be used to plot the root locus of a transfer function, something that is useful in analyzing a loop’s stability. It’s also good for plotting impedances of circuit structures or components. For example, passive devices lives entirely on the right side of the s-plane since real-life passive devices can only have positive real impedances. This last point is important and I’ll return to it later in the post. What’s less familiar to most electrical engineers is the Smith chart. In fact, some EEs I’ve […]

Green electronics – it’s not the soldermask

On last week’s Amp Hour, Chris and Dave were discussing laser etching PCBs. I’m not sure they realized it, but this is actually a fairly hot area in PCB processing research right now, along with printed electronics. Currently, PCBs are processed by copper-cladding a substrate material, like FR-4. There are a couple ways to get the circuit layout onto the board. The first possibility is that the circuit layout is printed onto the board using screen printing. The copper you want to keep is covered in an impermeable ink. A second method uses a photomask. The areas you want to keep are exposed to light, which will harden the mask. The unexposed areas are still soft and removed chemically. The final step in both processes involves removal of unwanted copper using a chemical such as ferric chloride or ammonium persulfate. (Note: A third method can involve the use of a […]

A Computer Science Professor from Harvard who had recently gotten tenure was working a sabbatical at Google when he decided to stay on full time at Google and leave his academic position. He writes a somewhat tongue in cheek comparison of his day over at his blog. What’s this have to do with plumbers? I’m getting there. And Mario is a plumber for those of you not up on your video game history. Computer Scientist David Lemire responds with a post about why you might not like your job but people envy it in his post citing famous cases like the guy with the PhD in Philosophy who left his job to go start his own shop. Lemire seems to think the disparity is in the day-to-day coding as compared to big picture meetings, mentoring and grant writing at Harvard. However, I think this misses the mark. The former Harvard […]